After hiking a trail at the southwestern part of Briones Regional Park I decided to try another trail at its north east side. I arrived by myself after dropping the chikas off in school and parked at the Alhambra Creek Staging Area. It was very cold, barely above freezing, and the air burned my lungs with every breath. The weeds were covered with frost and crackled under my feet. I started walking south and uphill along the Alhambra Creek Trail. 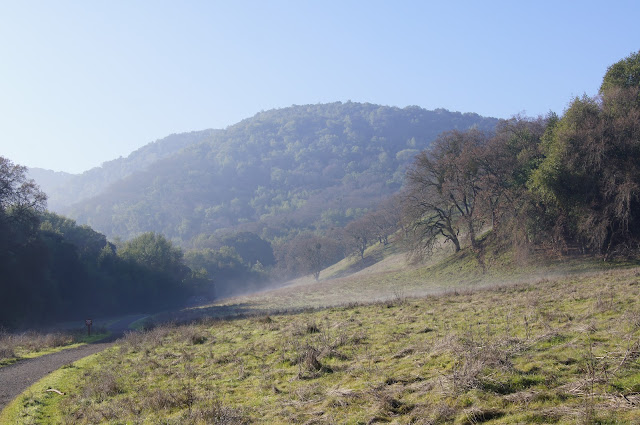 My drive to Briones was through thick fog but in the park itself it was sunny and clear. The Alhambra Creek was running and I caught the sun in the stream:
The trail goes through the forest, where I could see the sun rays breaking through the canopy:
It rained four days before my hike there and the trail was still very muddy, which made the ascend uphill quite challenging. The East Bay mud is heavy and clayish and caked on my shoes like large platform soles. 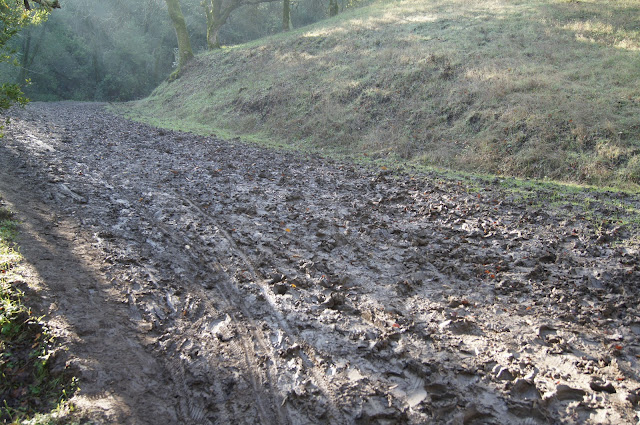 The forest undergrowth was very green and lush. Moss covered every rock and tree. New ferns were sprouting on beds of humus. 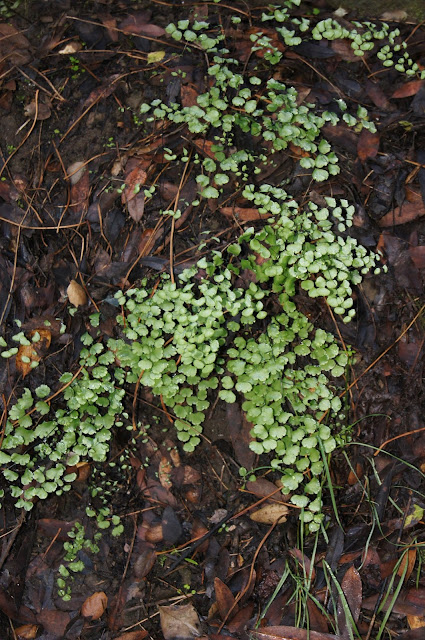 There were ferns everywhere. They were the most common members of the undergrowth community.

And not just ferns: the rains brought the mushrooms too. 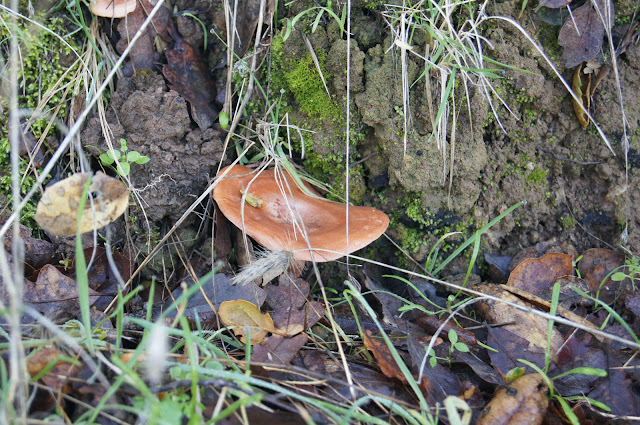 It all smelled very fresh.
I made it uphill and turned left, taking the Diablo View Trail northward. Way down the valley was still covered in thick fog and I could see the double peaks of Mount Diablo hovering above the fog.
A week after this hike I took the 4H group on the same trail. This time there was no fog and Mount Diablo was looming over the valley in full view.
Eventually the Diablo View Trail sloped steeply down towards the staging area. 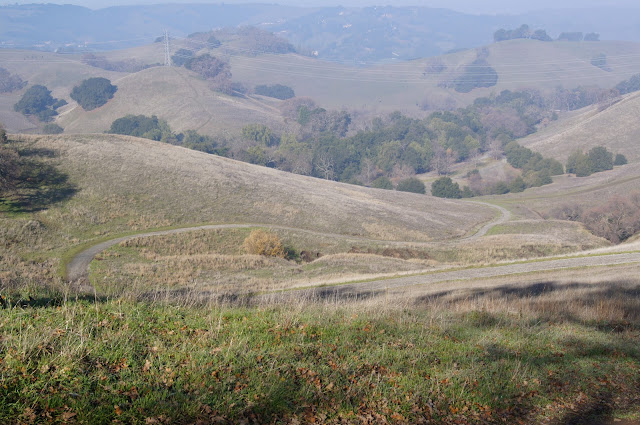 On my second hike of this trail I managed to catch the sun once more as it peeped between tree branches. By then it warmed up quite a bit and all signs of frost were gone. 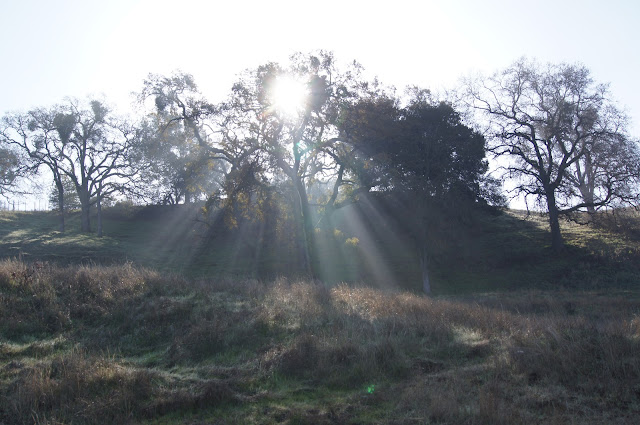 Papa Quail, who joined our group managed to catch this Northern Harrier on Camera as it swooped by.
And this sparrow, along with its family, waited for us at the staging area:
I finished this trail in a little over 1 hour. The group hiked it in about 2.5 hours. Both times I enjoyed it very much. I now look forward for my next visit to Briones.
Posted by Mamma Quail at 12:25 PM