For several years the triangular peak towering over the city of Fremont has tantalized me, teasing me and calling me to ascend it. Early last summer I finally preempted one Friday morning and conquered it.
I parked my car in the tiny lot at the east-most end of Stanford Ave. Fremont. I was lucky to find a spot just vacated by someone else. Normally, as I found out on subsequent visits, the lot is full as are all the curbs of the nearby streets.
I met my first bird on that hike right at the trailhead, standing on its manmade nesting box:


The trail that begins at this parking lot is the Ohlone Wilderness Trail, which ends at Del Valle Regional Park in Livermore. Mission Peak is merely the first lag of this trail.
This trail, gravel-packed and wide nearly all the way to the summit, is also highly used by people who ascend it for exercise. I therefore decided to go up Peak Meadow Trail, where I was all by myself.


All by myself except for a number of cows that looked at me blankly. I crossed the cattle gate and left them behind. At that point the trail became much steeper and I had to stop for a breather every now and then.
Last spring was pretty wet and the hills were still very green and spotted with wildflowers. 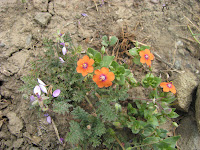 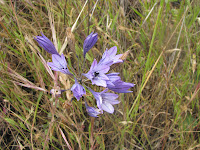 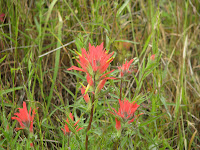 It was a clear, quiet day. A perfect day to go flying. 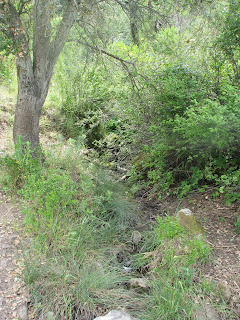 I turned right onto Horse Heaven Trail and kept ascending, crossing a cute little creek in my path. There were plenty of flowers around. 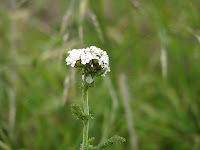 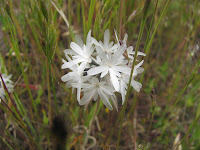 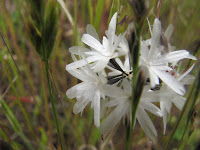 No. These are already the seeds of Blow-Wives (Achyrachaena mollis)! 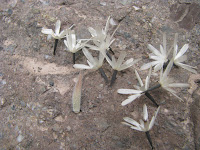 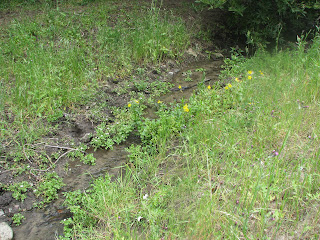 It is a beautiful but very slow ascend. Soon I meet the Grove trail but despite the soreness in my legs I continue onward, onto the Peak Trail. It doesn't look very far now. 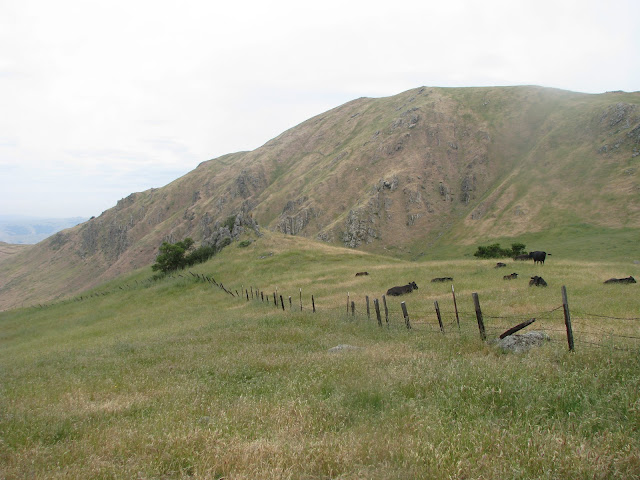 Finally, I reached the summit. I removed my small backpack, had a good stretch and sat down to eat my breakfast and appreciate the view.
It took me 2.5 hours to reach the peak, and when I arrived I saw that someone already beat me to it:


The view to the north-east. You can see Mt. Diablo in the horizon: 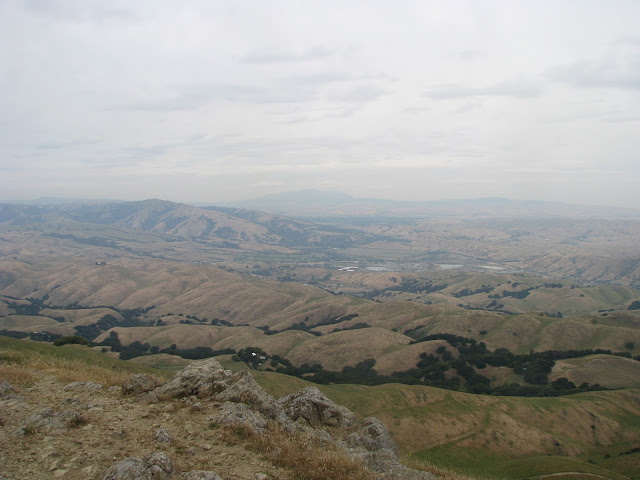 And the view to the south-west: 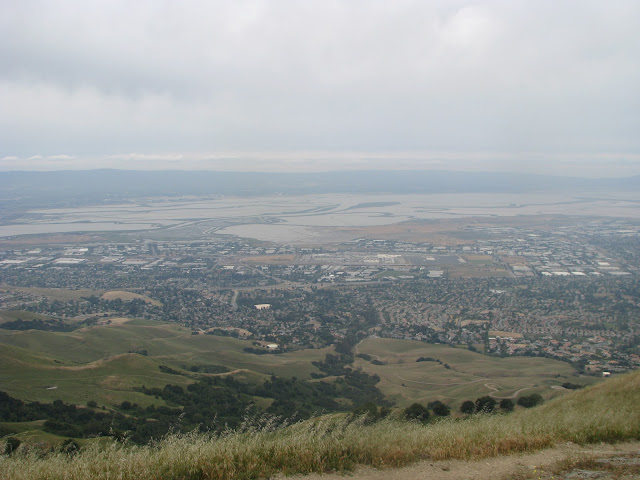 After some time I got cold so I got up, shouldered my pack and headed down the north side of the Peak Trail, which connects to the Ohlone Wilderness Trail. On the way down I encountered the first non-domestic mammal: a busy ground squirrel. 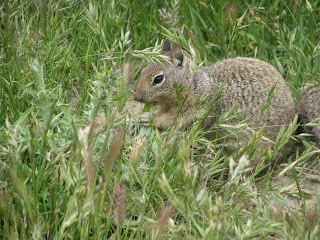 I headed westward and downward on the Ohlone Wilderness Trail and soon found myself among quite a few people, most of them chatting in pairs or in small groups. The single ones were absorbed in their headphones. No one else seemed to be carrying a camera.
I found that going down was more difficult for me than going up, and that the gravel made it even more difficult.
A cattle fence along the path and on one of the fence posts I saw this cutie:


I but further down the trail was keenly watched by a single coyote: 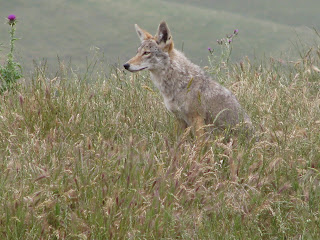 And the day's best treats were still to come. Soon after the coyote I saw this beauty sitting on a bush:


I was almost all the way down when a commotion in the nearby grass caught my ear. I turned and saw two ground squirrels messing up with a something. That something turned to be a rattle snake!
The squirrels kept harassing the snake and chasing it away. It kept snapping at them, rattling noisily the whole time. But what I found most amazing was that people were going up and down the trail without paying the slightest attention to the unfolding drama so close!


The last lag of this hike I had to run so to not be late to pick up the little chickas from school. All and all it was an amazingly rewarding hike of nearly 5 miles with nearly 2700'' elevation gain. It took me about 4 hours from start to finish.
It was nearly a week before I could walk normally again.