Orchids, Irises and Forget-Me-Nots: A Titan Spring in Mount Tamalpais

I still have quite a few desert-hiking posts in the pipeline, but I push this one to the top of the list, adding a call for my friends in Northern California:
Spring time is here!
It is not just the mustards and the poppies on the hillsides - everything is in bloom, everywhere!

Mount Tamalpais, a bit north of San Francisco is ablaze with wildflowers. Nearly two weeks ago the chikas had a day off from school. So I took them along with a friend of mine, who came all the way from over seas to witness the California spring spectacle, to a day hike in Mount Tamalpais State Park.

The Matt Davis trail stretches from the Pantoll Ranger Station all the way down to Stinson Beach. I have walked this trail several times before, mostly in one direction - downhill. It is best to go there with two vehicles and leave one at each end of the trail. Otherwise - be prepared to hike back up or make use of the very infrequent bus or the hard to get hold of taxi service at Stinson Beach.
We parked at the Pantoll Ranger Station, paid the fee and started down the Matt Davis trail. It starts easy, in an open, grassy area. There were many pink flowers along the trail, called Shooting Star.
Soon enough, the trail enters deep into the shade of the woods. 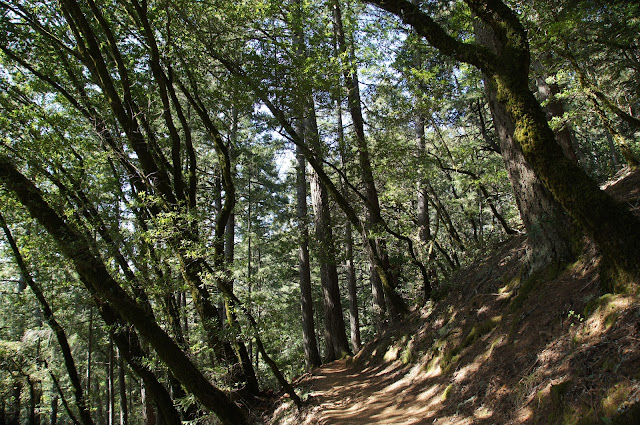 We kept walking past pink flowers, which I thought to be more shooting stars, until my friend stopped by one of them and announced that hey were, in fact, orchids.
Orchids are the most celebrated flowers in cultivation. Seeing wild orchids in bloom in Nature is a great cause for celebration indeed!
A little further down the trail we saw Hound's tongue blossoms. First one or two, then entire patches of them.

After with the pinks and the blues we saw plenty of whites as well - Milk Maids flowers.


The high portion of the trail is fairly moderate but the little chika, who objected going on the hike in the first place, started acting up. I took her to the front and gave her the honor of leading the hike. We enjoyed the boughs bows over our trail. 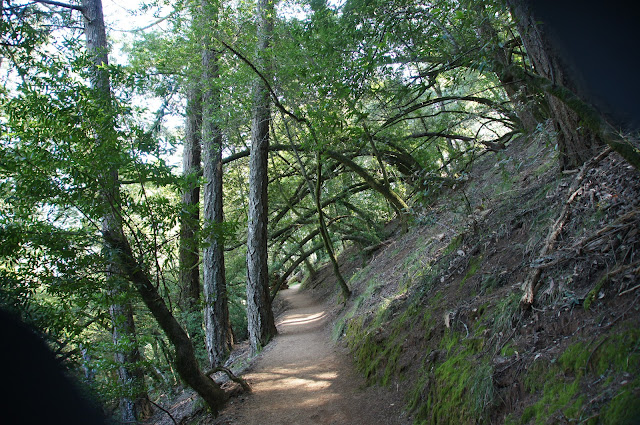 And every now and then - the red flash of the California Madrone tree trunk. 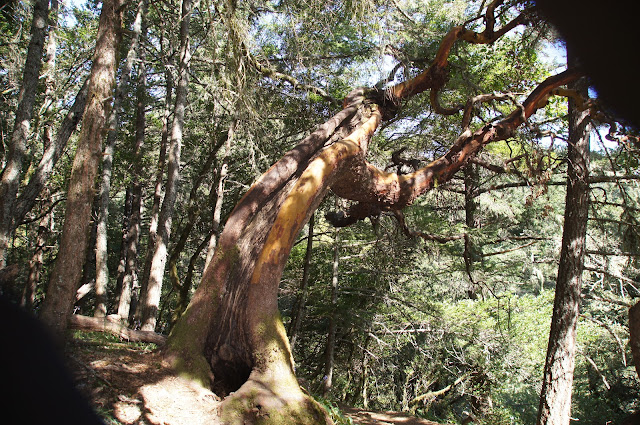 Still on higher elevation, the trail leaves the forest and traverses an open area with riparian spaced trees and a great view of the ocean to the west. 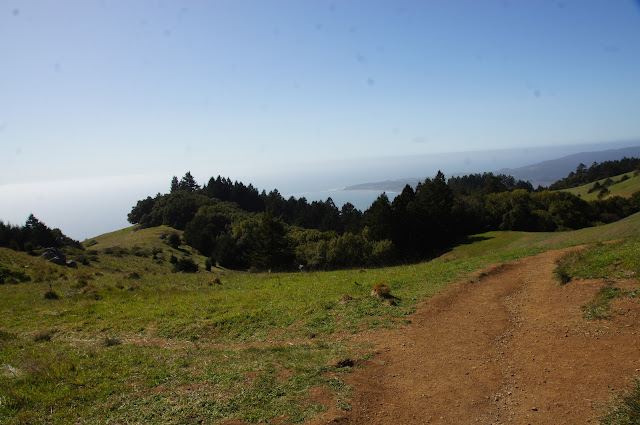 When the trail re-enters the forest it suddenly turns really steep and takes the form of switch-backs with stairs. It is all downhill from there. And a very nice downhill it is :-)
It was at the lower forest where we met the Dauglas Iris in full bloom:

And the Checker Lily:

And also trees that were decorated with 'beards' of lichen.


The slope down to Stinson Beach continues beyond the lower forest and the trail there goes through an area of high bushes, shrubs and vining and climbing plants. Such as this morning glory on the left. 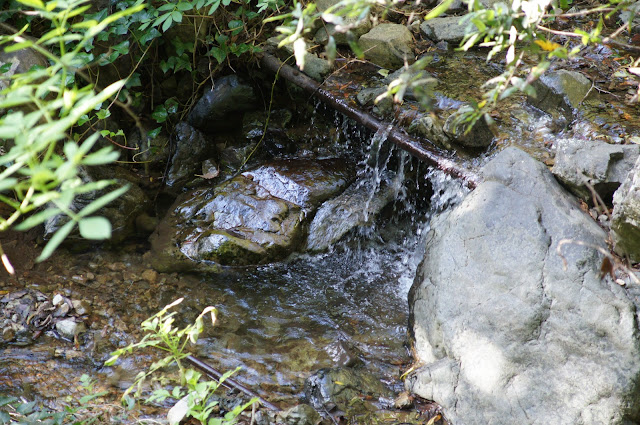 Eventually, just as the chikas' arguments about who shall lead the hike were about to drive me crazy we made it through the vegetation and into town. A few more yards northwest and we were having a quiet picnic at the glorious beach of Stinson Beach, under the sun.
I could sit on the beach for a whole day, but the cold ocean breeze and the approaching sunset prompted us to move sooner than I'd hoped. I left the chikas with my friend to have some ice cream at the local market and took the local taxi service back to the Pantoll Ranger Station to bring down the car.

For anyone who loves wildflowers - now is the time to visit Mount Tamalpais State Park. Take a trail from top to bottom (or from bottom to top) and walk through several plant communities, each rich with many wildflowers that are just a joy to see!

Special thanks to my friend who identified all the flowers we saw!
Posted by Mamma Quail at 6:04 PM