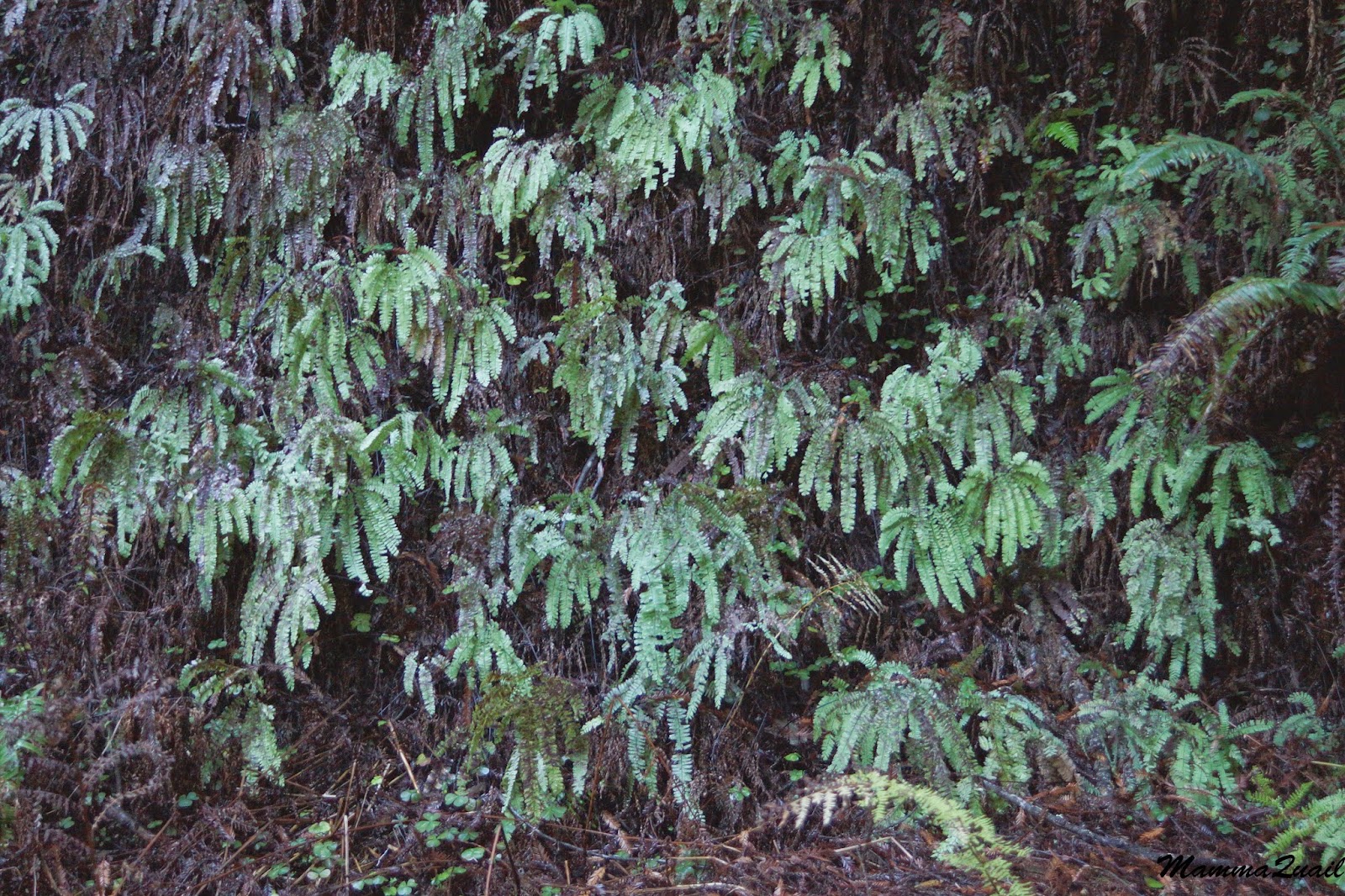 It was nearly 4 pm when we left the beach where we sat after checking out the Pygmy Forest. Late in November - that meant we had just over an an hour of daylight left. We parked at the Fern Canyon trailhead and headed into the quickly darkening gulch.
Fern Canyon is a known hiking attraction up at Prairie Creek Redwoods State Park (also Redwoods National Park), in the north part of Humboldt County, and it was the prime destination of our Thanksgiving vacation. When I did my pre-trip online research, however, I realized that there are other trails along the coast that bear the name 'Fern Canyon'. The trail I post about here, in Van Damme State Park is one of them.

We saw the ferns immediately. In that sense, the name was totally appropriate. There were ferns all over the place, green and lush. 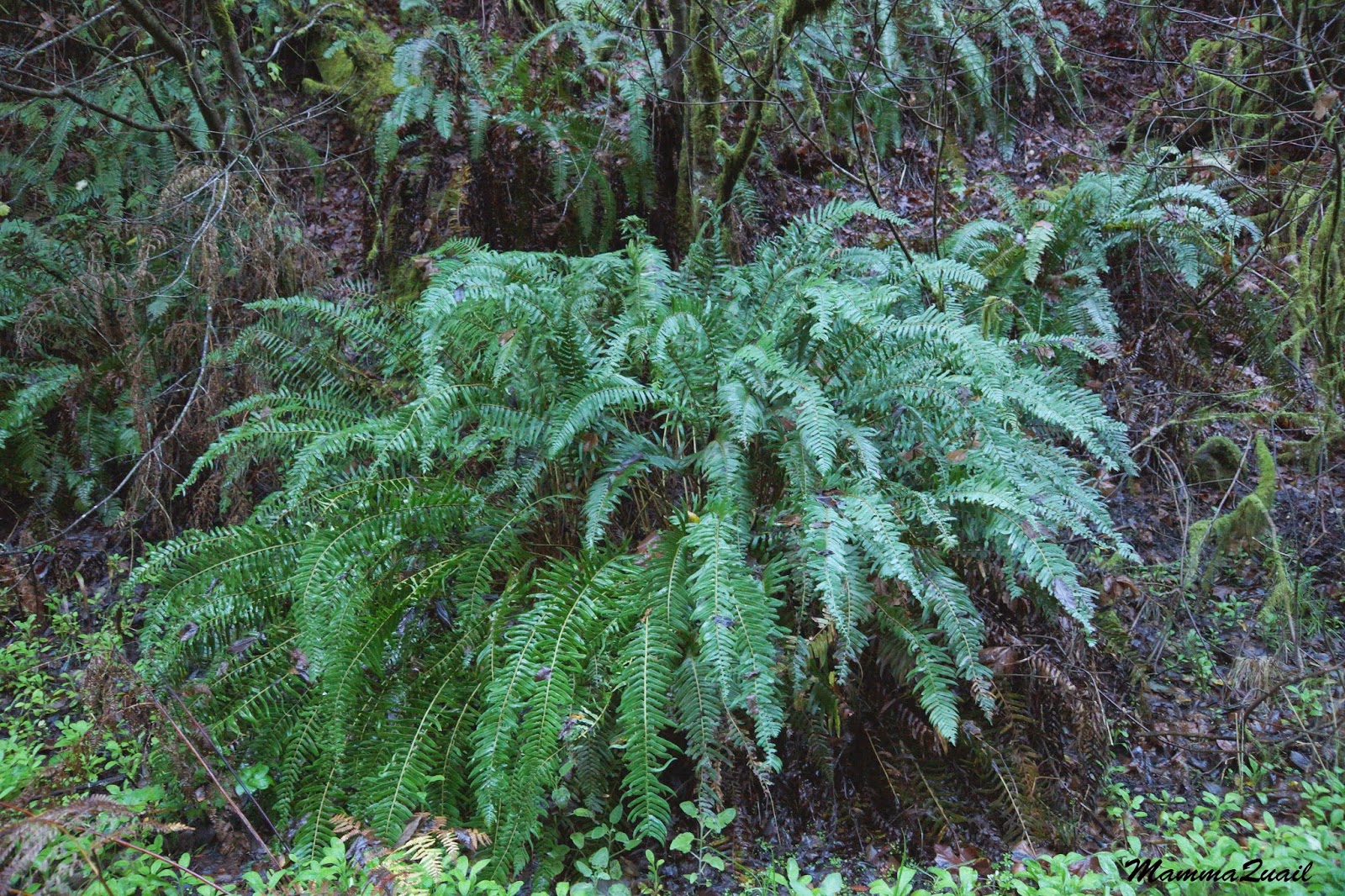 The chikas inspected tyne fern more closely and found a sleepy slug snuggled in the crease of its leaf :-)
Ferns comprised the bulk of the forest undergrowth. Ferns are 'primitive' plants, in the sense that they were among the first vascular plants to have evolved, and the first photosynthetic sporophytes. And they are still very prevalent nowadays, even in a world dominated by flowering plants. 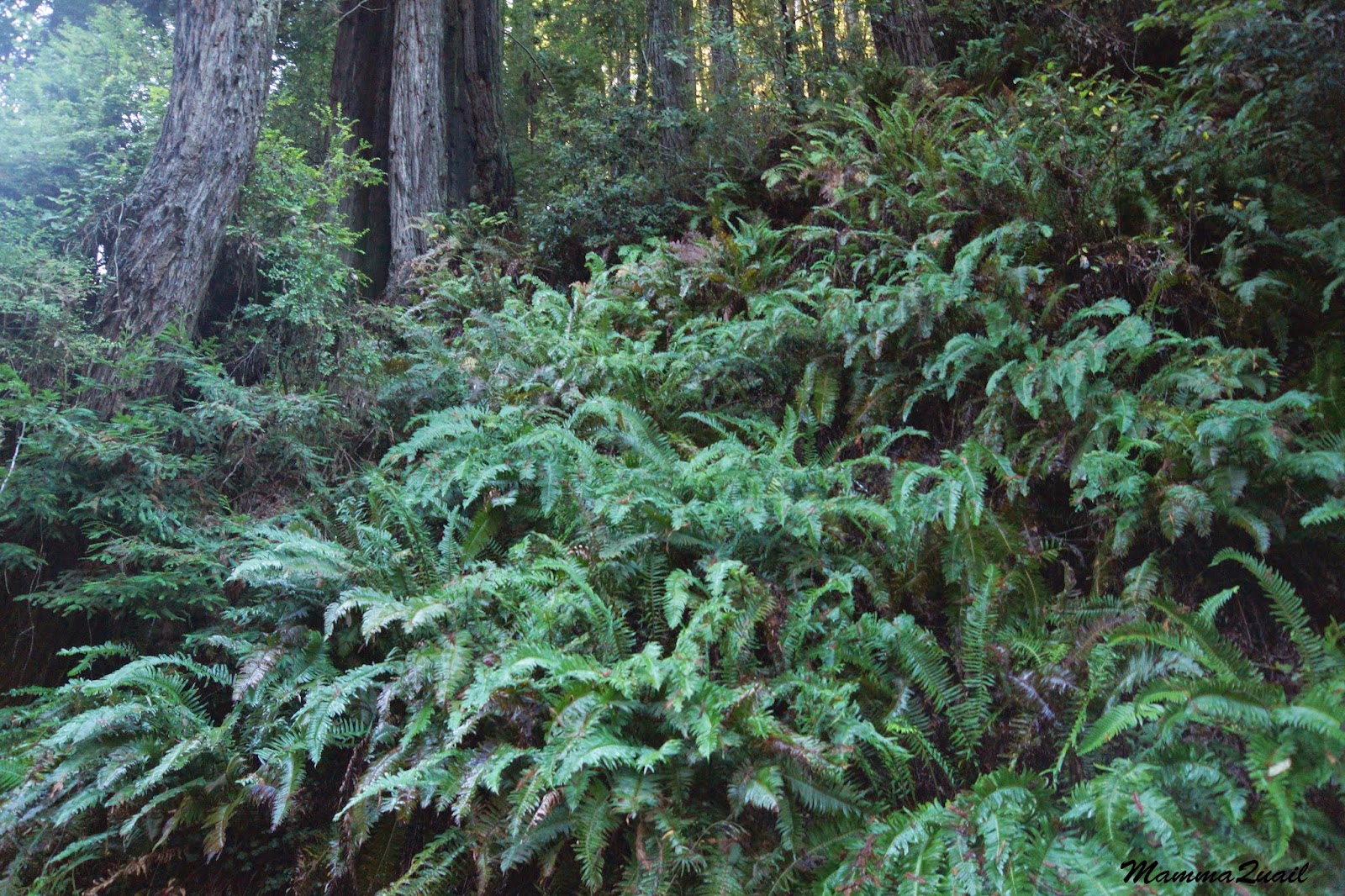 The trail is flat and wide and very comfortable to hike. It stretches along Little River and goes on well beyond where we went.
The water flowed gently between the green banks and every now and then we saw a big log lying across the stream. 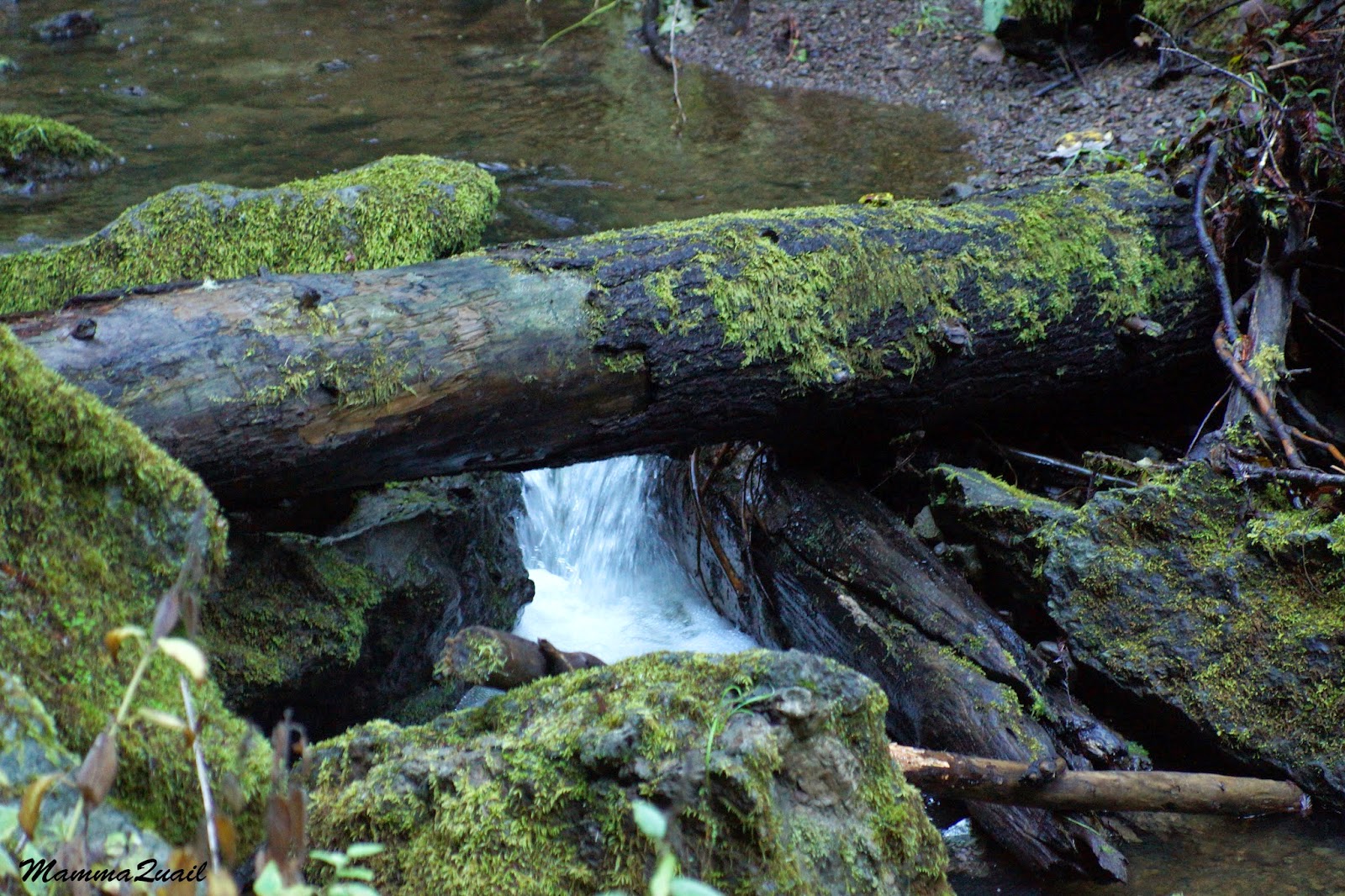 Some logs rested right by the trail. In a couple of places they were over the trail itself. 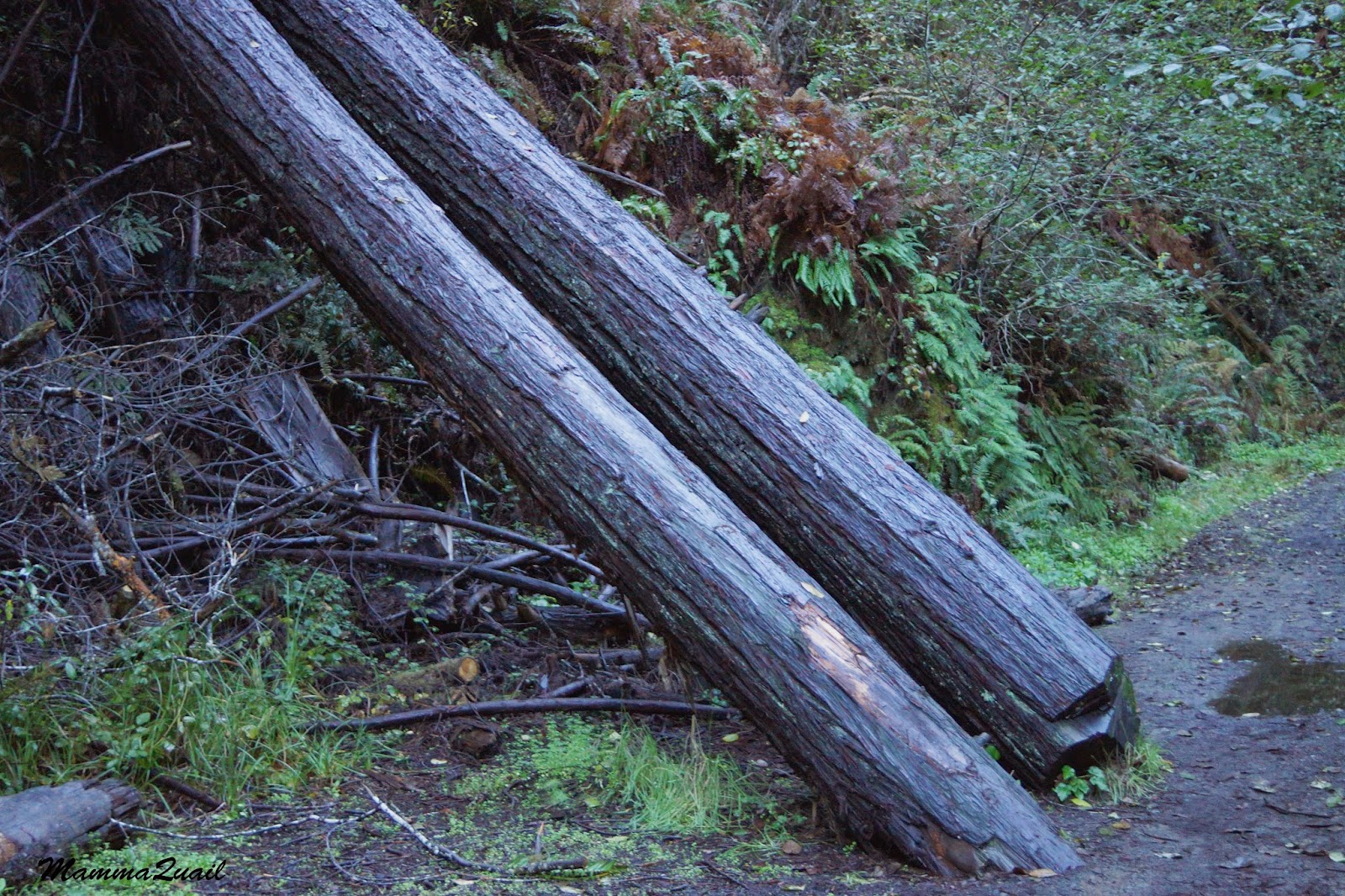 And it was on the underside of those logs where I found some of the most beautiful fungi. 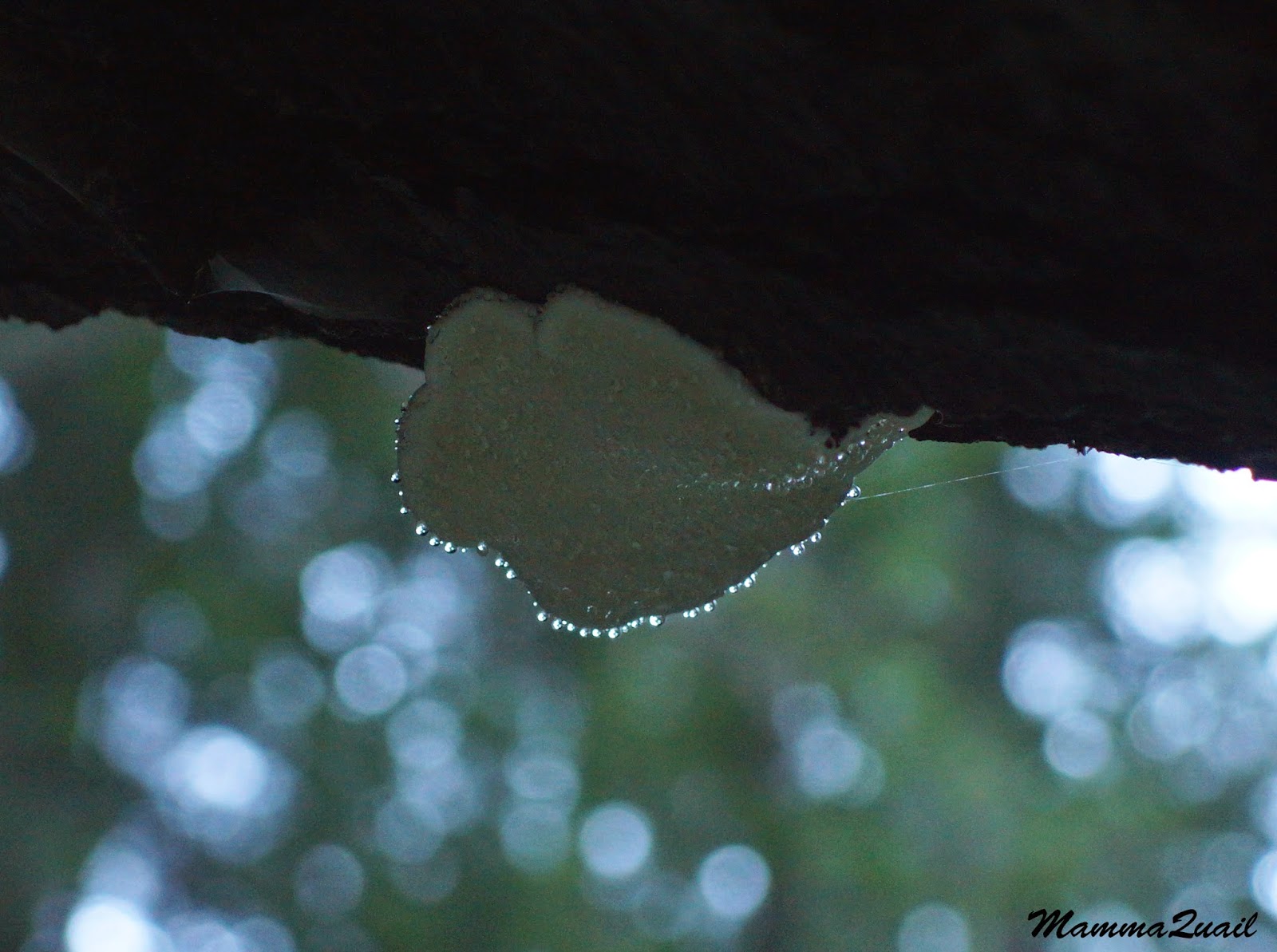 These fungi consume dead wood and live inside it as a web of thin threads called hypha (it looks similar to mold). The outside part is the fruiting body - the part that makes and releases the spores. 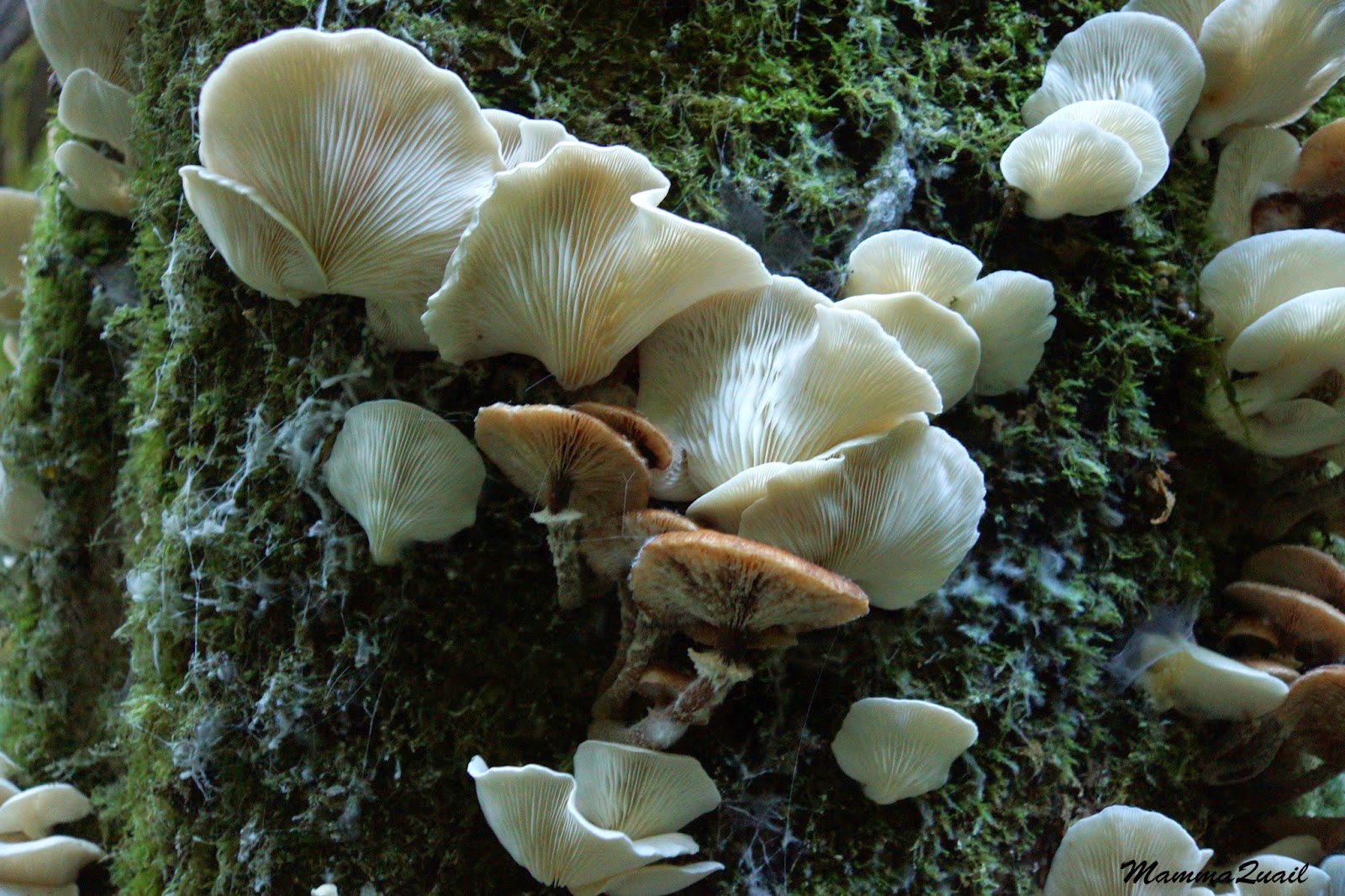 Taking a different angle and illumination, these mushrooms transport me into a magical woodland. I wish I could post here that wonderful earthy smell of the wet NorCal forest, it is full, rich and overwhelming, and mushrooms make a huge part of it.
There were ferns all over. That part fit the name, all right. About the canyon part ... 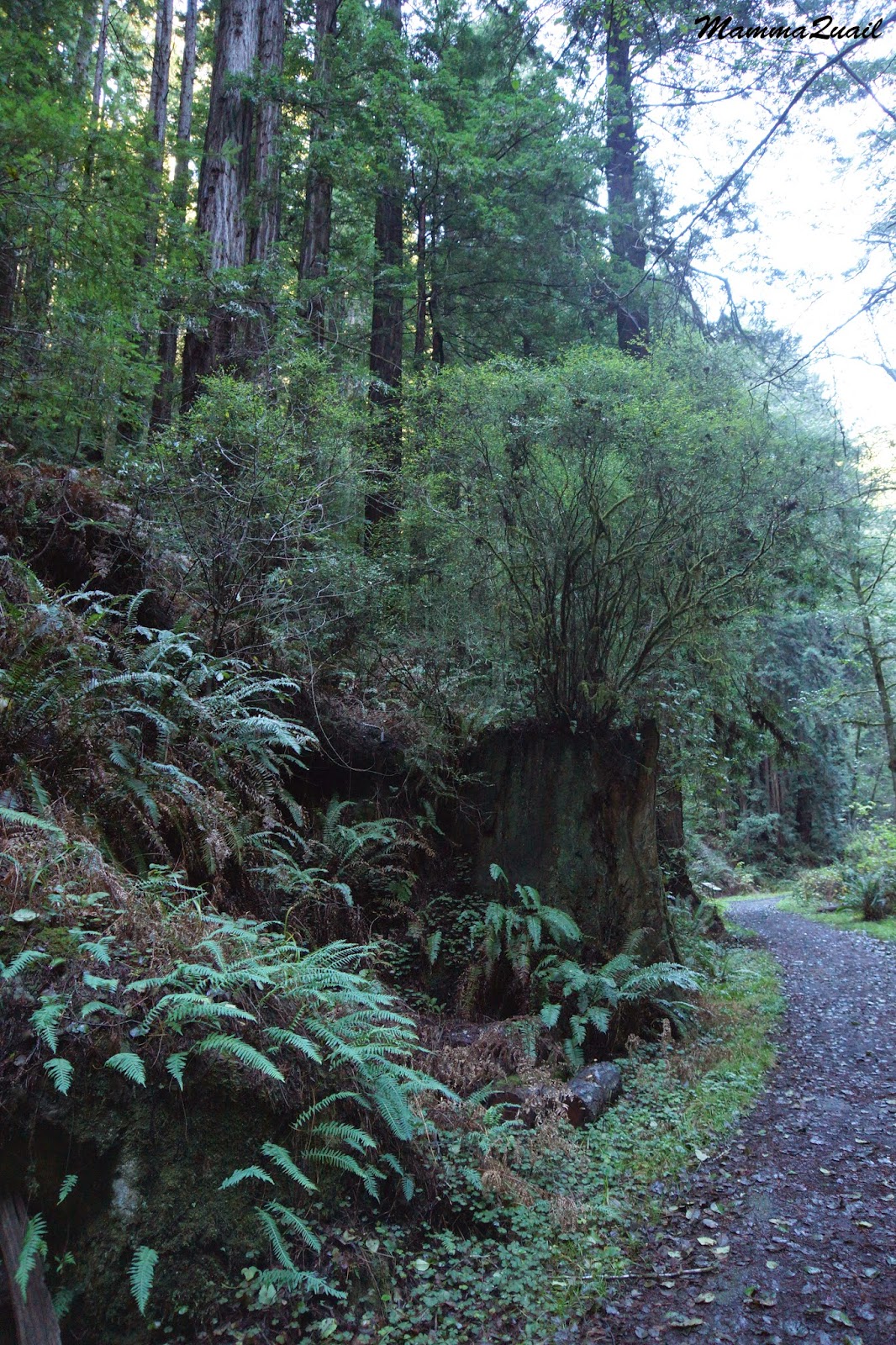 The creek runs through a deep gulch, but I don't know if it qualifies as 'canyon'. Although there were some trail segments that came close to the expected image. 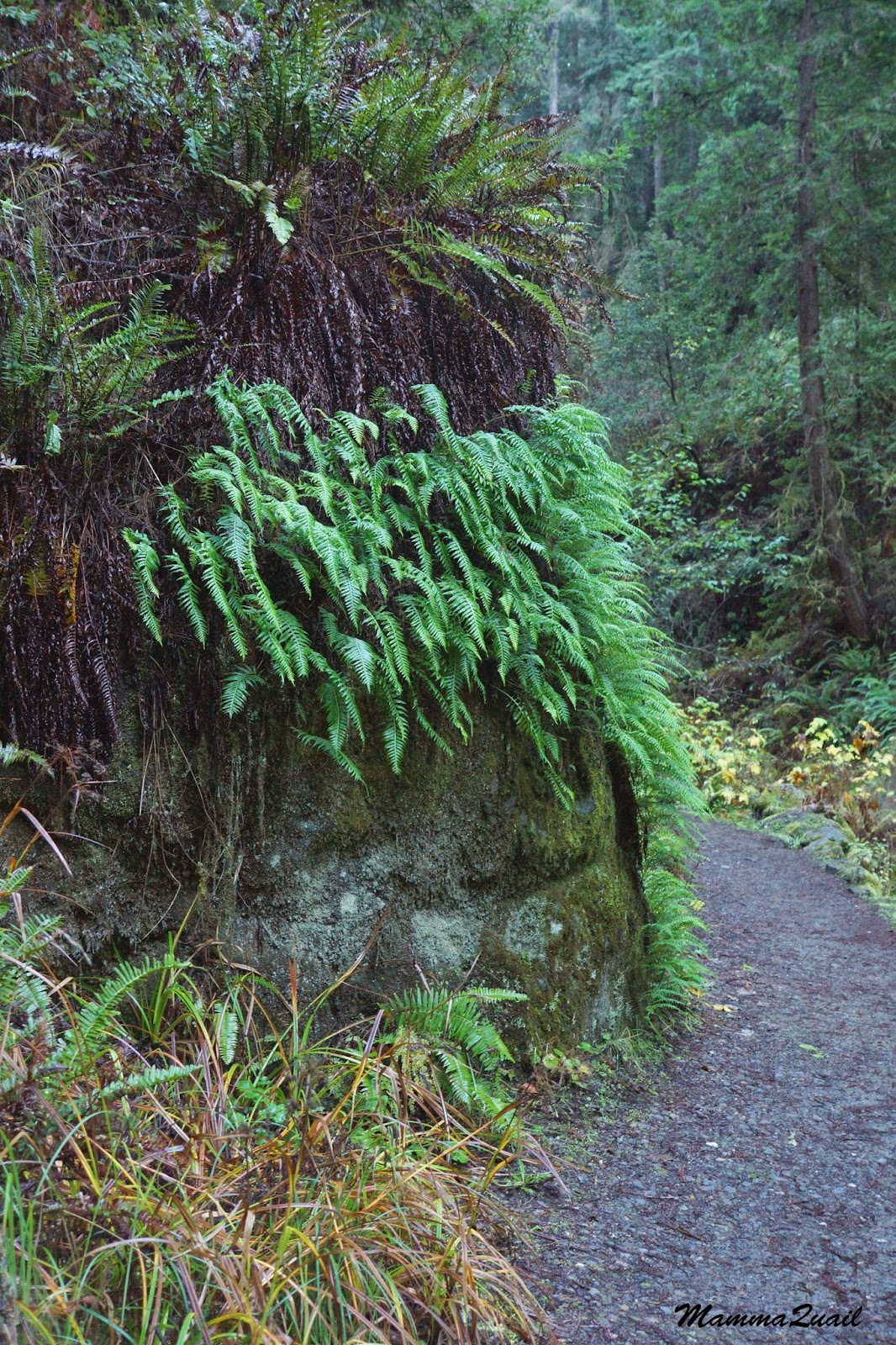 And then again - mushrooms. A slow walk along the creek, a quickly waning daylight, one birder and his mother having a deep discussion and two chikas turning logs over to look for crawlers.
I was looking at the mushrooms. 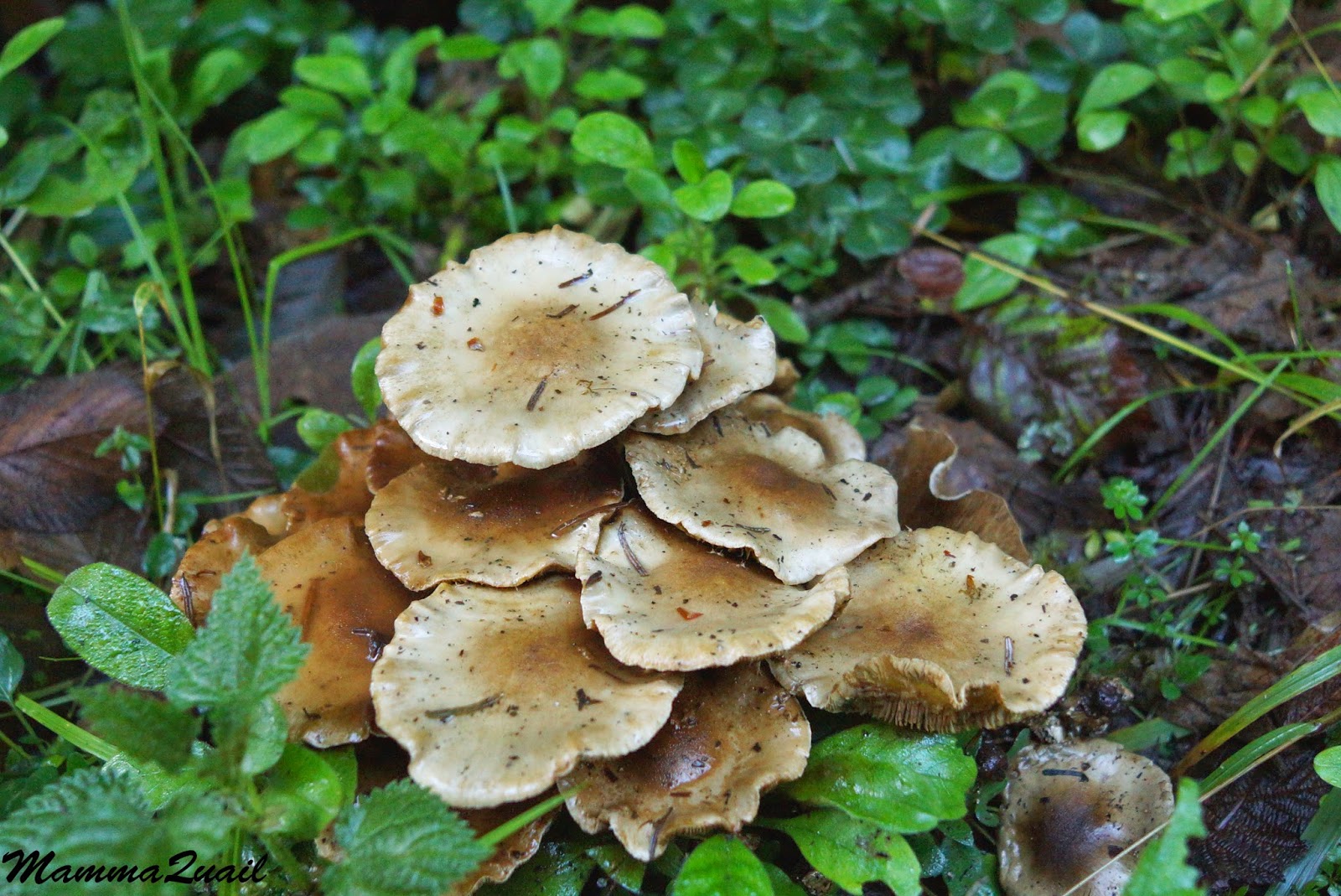 Some mushrooms looked more 'ripe' than others. They smelled so, too.

At some point Papa Quail stopped. We had walked a mile up the trail and although the trail continued on it was time for us to turn around, so we could make it back to the car before darkness.
I grumbled a little. It was such a lovely evening and I didn't wish it to end. 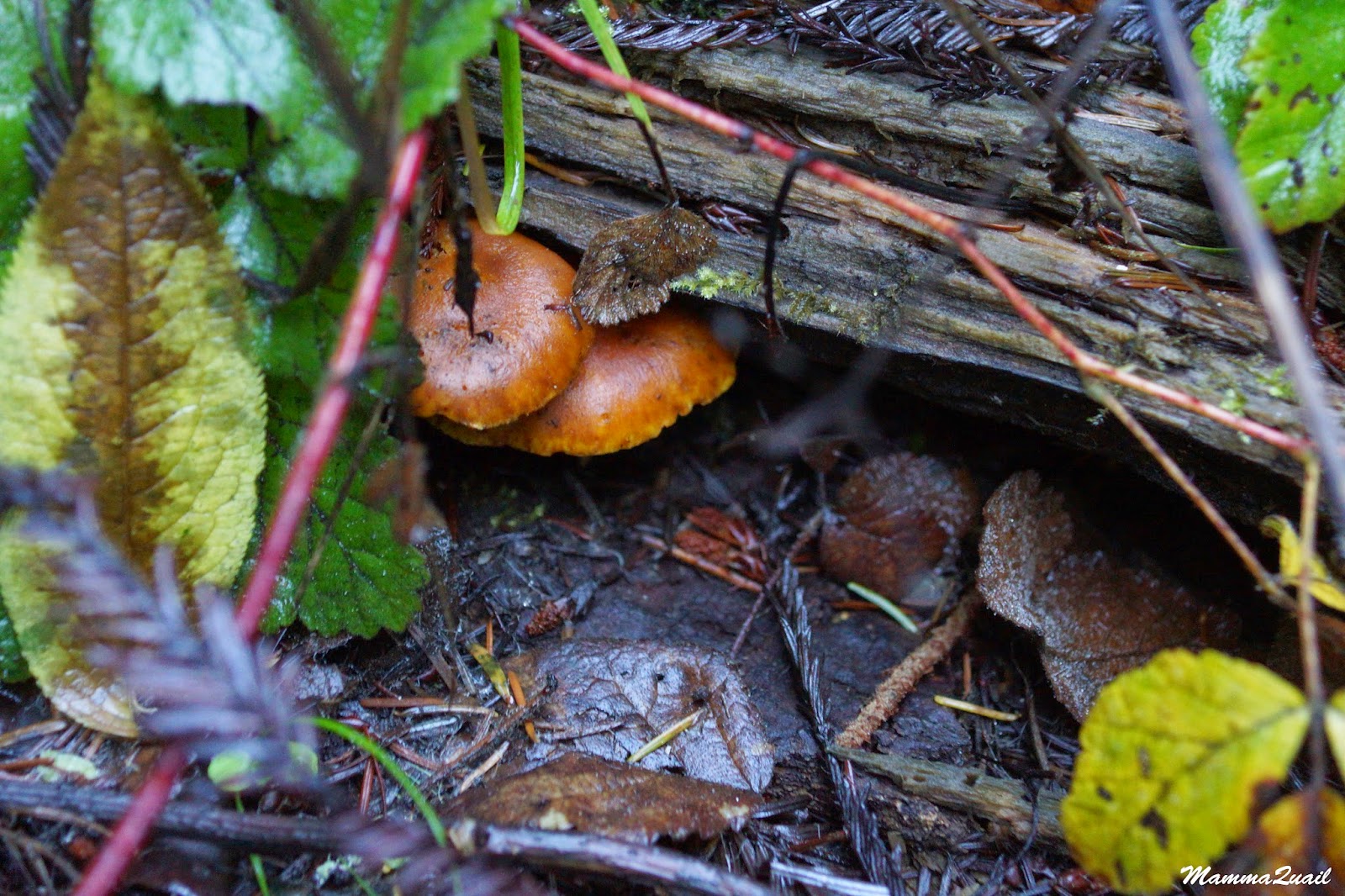 It was also getting cold se we kept out of the water despite Little River's  inviting tranquility. 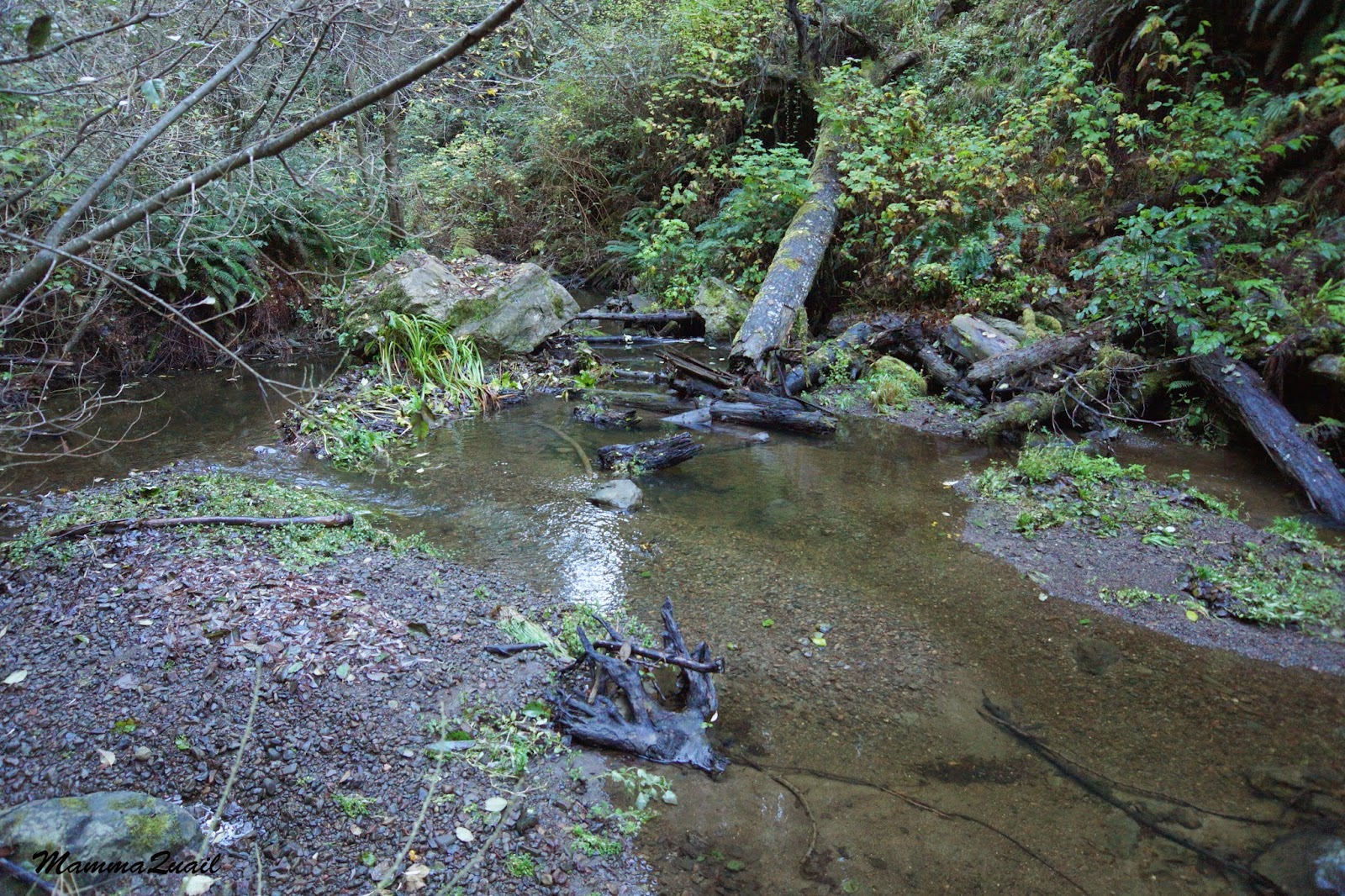 We hiked back on the same trail we came on. Even so I found more new mushrooms; they must have escaped my eyes the first time I passed by. Some were already familiar to my from previous trails: 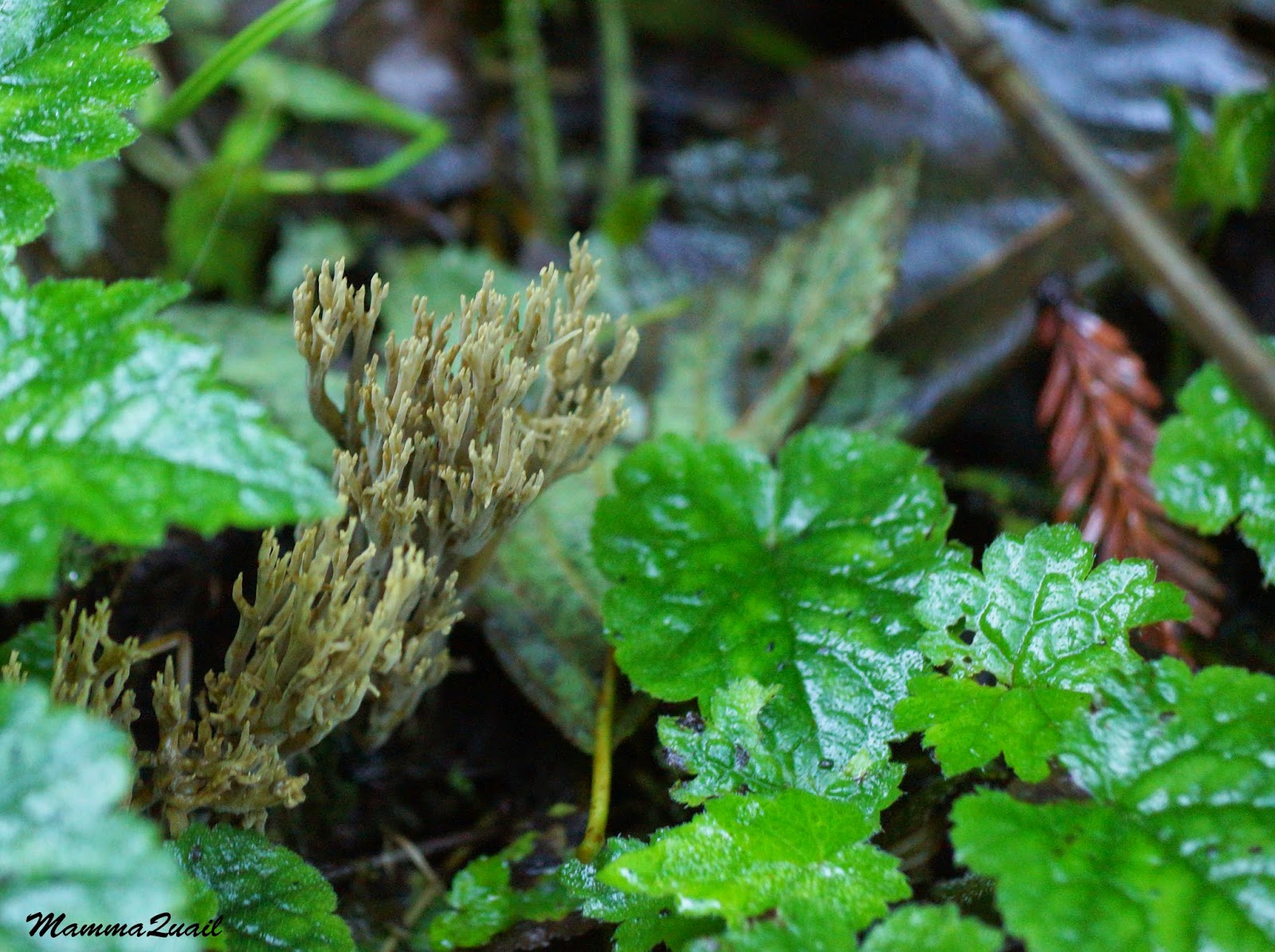 While others appeared new to me. Later I realized that one species can appear differently depending on its stage of development. 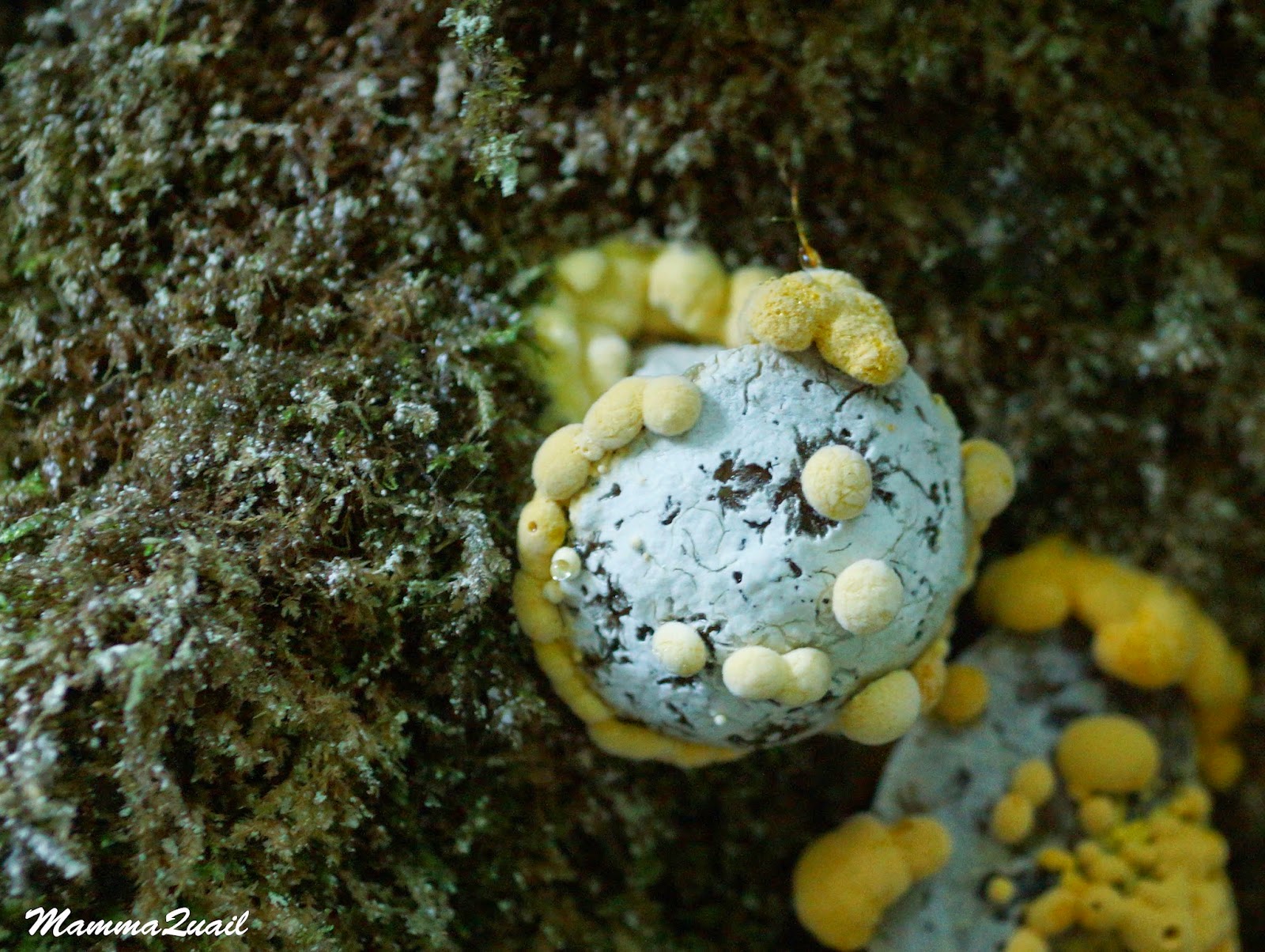 Although we were walking a bit faster on our way back I still payed due attention to the surrounding vegetation, ferns in particular.
In between discussions, Papa Quail had an opportunity and caught a bird on camera:
We were spread out on our way back. Our little family group stretched thinly, with Papa and Grandma Quail in the lead, the chikas dragging themselves silently along the damp path and me bringing up the rear with frequent photo stops, making as much as I can of the waning light. 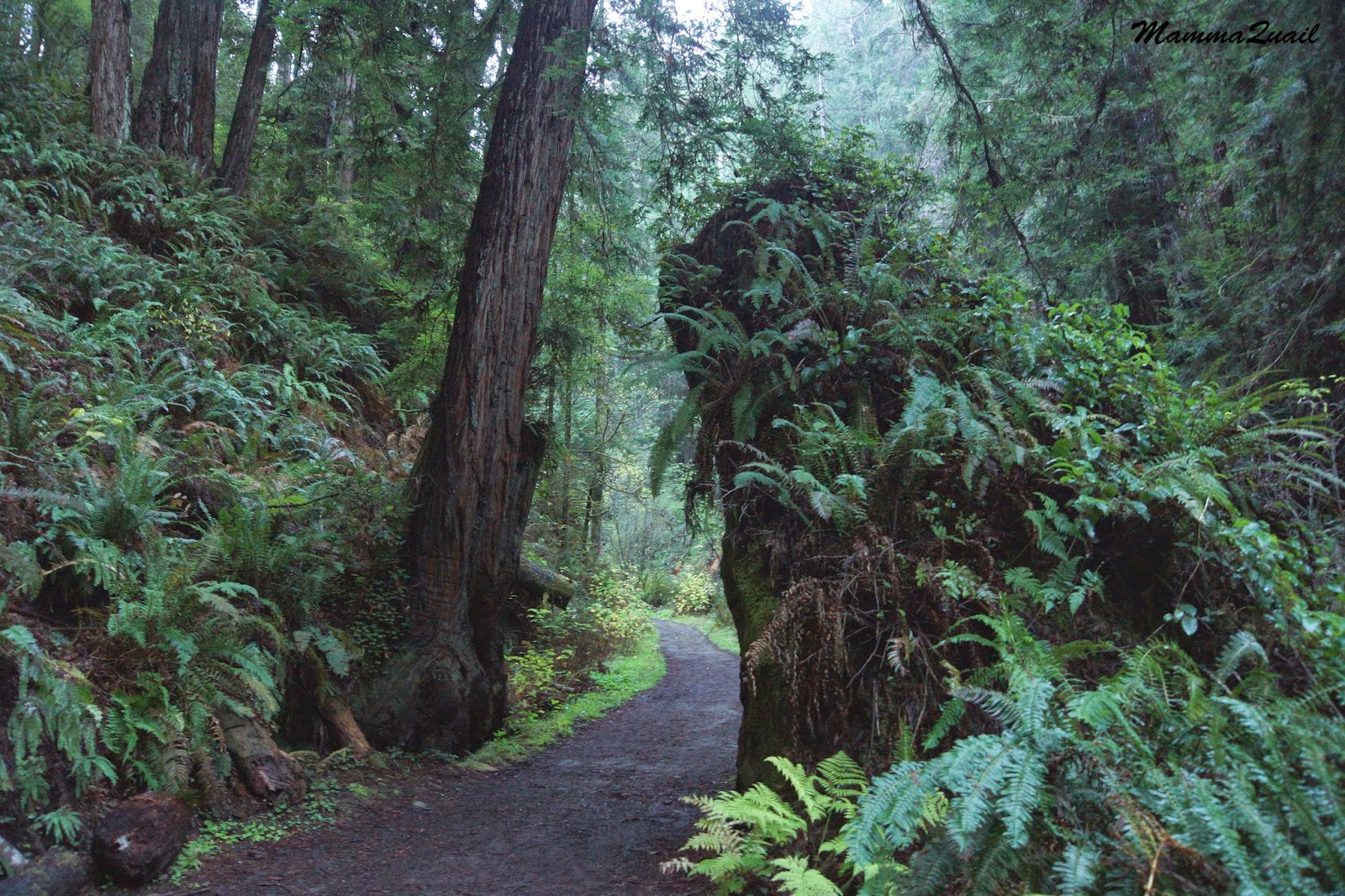 Back in the car we gave the chikas a snack, hoping to be at Eureka in time for dinner. But the Hwy1 road segment connecting Fort Bragg with CA 101 is very winding and elder chika's motion sickness made us slow down to a crawl. It was very late when we finally arrived our hotel (after a very unsatisfactory makeshift dinner we fixed from things we got at a grocery store in Garberville). At the end of the day and the long drive we were exhausted.
On our way north Eureka was the mid-point. On the following day we would finally get to our primary goal of this trip - Fern Canyon. THE Fern Canyon. The one in Prairie Creek Redwoods State Park up in Humboldt County.