The Quiet Side of Bear Gulch

The Pinnacles National Park has been a blazing hot spot for me in the past year and I had opportunities to explore trails a bit outside of the popular areas.
Bear Gulch Cave and Reservoir are very popular attractions to people visiting the Pinnacles NP. The downstream part of Bear Gulch Creek, however, is hardly a hike by its own right. Skipped by most Bear Gulch visitors, this trail segment which connects the cave and reservoir to Chalone Creek, is generally hiked as part of a larger loop hike. This is also how I got to hike that trail. It does, however, an interesting and very beautiful trail that can easily be incorporated into a Bear Gulch Cave hike if started at the campground or the Peaks View parking area.

When I hiked Bear Gulch it was the final segment of a larger loop trail that begun at the Old Pinnacles parking lot, continued up by the High Peaks and descended to the Bear Gulch Parking lot. To get back to my car I needed to go down (east) along Bear Gulch Creek and back up (north) along Chalone Creek. This post is only about that trail segment.
It was already late in the afternoon when I arrived at the Bear Gulch parking area.  And it was 4 days after the winter solstice, meaning I hadn't much daylight time left. So although I was after a good, long hike already, I didn't stop to rest but continued on down the trail along Bear Gulch.
Following two wet months, the creek was flowing nicely and green vegetation grew along its banks.
Near the nature center (which was closed at the time) there are large oaks, many of them holed by acorn woodpeckers to be used as granaries. Although I've seen the birds there on other visits, they were somewhere else at the time.
As I got further away from the nature center the trail became very quiet. While there were a few people up by the parking lot, down by the creek I was all alone. Just me and the wilderness.
The trail follows the creek very closely. Many of the plants at the creek banks looked flattened and there were piles of vegetation debris lodged at the turns. Evidence of e recent flood, no doubt.
Bear Gulch is deep and narrow, and is well shaded under tree canopies. Mostly oak, but also others, such as maple. A thick layer of fallen leaves matted the ground and a deep, earthy fragrance hung in the air. 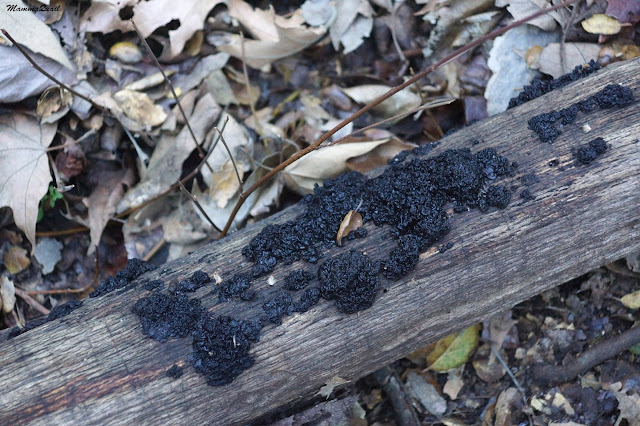 The damp season is the time for fungi fruiting. While not a spectacle as the NorCal coastal mushroom bloom, Bear Gulch mushrooms were still a much appreciated beauty.
And I even saw a mushroom there that I didn't see in the redwoods. 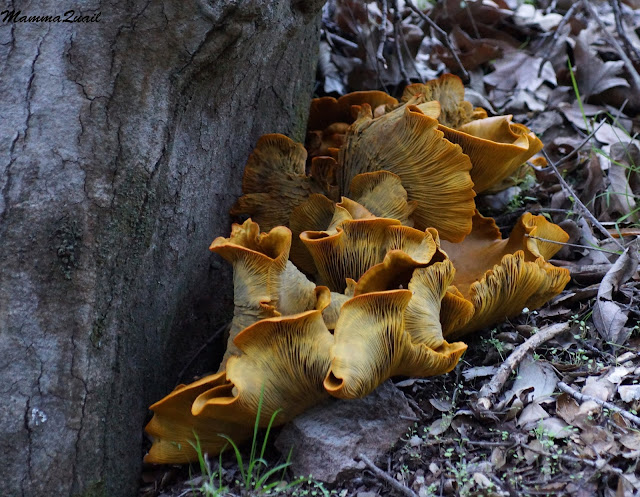 Ferns lined along the entire path. They, too, looked healthy and happy after two months or rain.
The sun was still up but down in the deep gulch it was already getting dark. The dense oak canopies deepened the shade and the evening chill was upon me.
I kept striding downstream along the trail. Other than a few little brown birds I didn't see much wildlife there. What I did see, however, was a very interesting sight: large clusters of ladybugs sticking together for warmth.
As the light was fading, taking photographs was becoming more and more challenging. Not wishing to be on the trail after sunset, I hurried down the path. 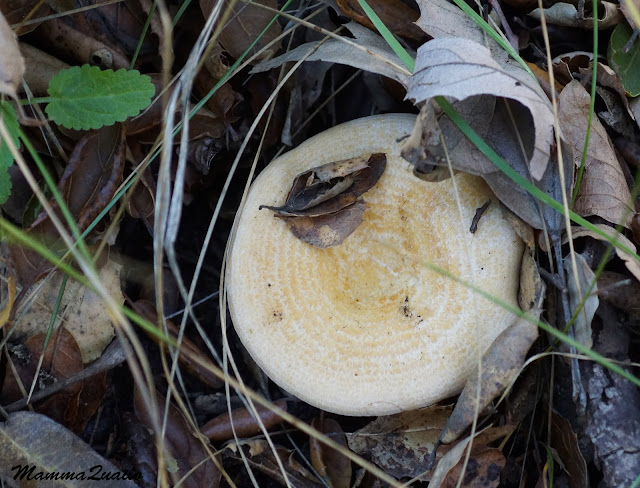 Eventually the sun was no longer shining into the gulch. I put on my sweater and raced past a beautiful cascade area that really should have been explored with more leisure, but would have to wait until the next time I hike that trail.
And then, almost suddenly, I was out of the gulch and in the wide-open Chalone Creek. And it was sunny there still.

I very tired by then and was sorely tempted to sit down and take a little rest in the afternoon sun, but I still had over a mile to walk and the shadows were long.
Indeed, before I got to Old Pinnacles, the sun had set and, all of a sudden, the temperature plummeted.
There was some light still when I made it back to my car but it was already nighttime when I exited the park. I stopped briefly to appreciate the stars-strewn skies and then plunged into the long drive home. Over three months would pass before I'd be back at the Pinnacles. By then, it would have a completely different look and feel.