Of all the National Parks in California, the Channel Islands is the least accessible and probably is the least toured one. It is, however, the first National Park that I visited in California. That was 16 years ago, before I became a California resident. The island I visited then was the small island of Anacapa, which was the only one Papa Quail could book a campsite at in short notice. Since then, we moved to California and toured all the other National Parks in the state, some quite extensively. The Channel Islands, though, were kept in long waiting. In short, we've been way overdue for another visit in this park.
We chose to go to Santa Cruz Island, the biggest of the Channel Islands for the relative comfort of its camping facilities but mainly for the chance to see two endemic animal species: the Island Fox and the Island Scrub Jay.
The foxes were waiting for us right there at the campground. The jays, however, remained elusive throughout our first day there. Disappointed by not having seen them on our first hike, Papa Quail had gone on a solo hike early in the morning of our second day. He returned in time for breakfast, having seen more foxes and some other bird species, but no jays. It was only when we begun breaking camp that the elder chika pointed out to us a couple of jays that were frolicking by the Eucalyptus trees right by our camp site!
For a long while we did nothing but observe the two lovely birds hop around, peeking under fallen leaves and tree bark, and checking out our things.
These jays are slightly larger and much bluer than their mainland relatives. For a long time they were considered a subspecies of the mainland scrub jays. Recently, however, they've been classified as a separate species, being so long out of contact with the mainland population.
Satisfied, we finished breaking camp and, after hauling our things to the dock we went on a hike.

The trailhead to Cavern Point is hidden by the visitor center. We found it and went up along the ocean side cliff.
It was overcast and, unlike yesterday, it was chilly too. Ascending got us worm enough to take off our sweaters but any time we stopped (like for the long chat we had with the nice docents we met on the trail) we had to don them again. 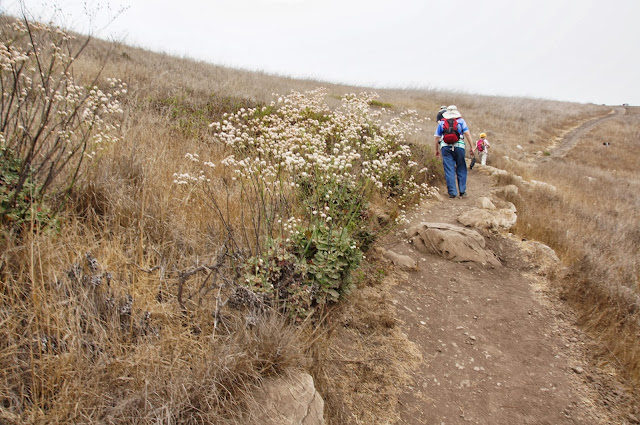 The white-flowering shrubs on the trail side captured my attention. There were many of them about, in small clusters. They looked like happy little white clouds on the brown-gray background.

The plateau was stained with dark rusty-red. Flowers? I stepped off the trail to get a closer look. 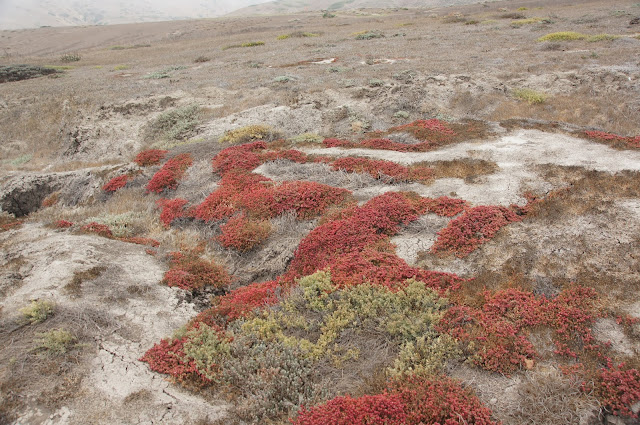 Not flowers. The red was the color of the plant itself. The flowers were tiny dots of delicate white. It is an ice plant, an invasive species from Africa.
We reached Cavern Point and looked down, trying not to be blown away by the chilly wind. 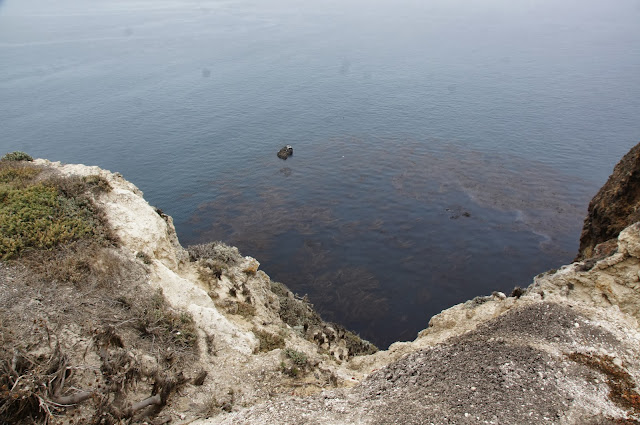 The brown lines in the water turned on a close-up to be masses of seaweed. 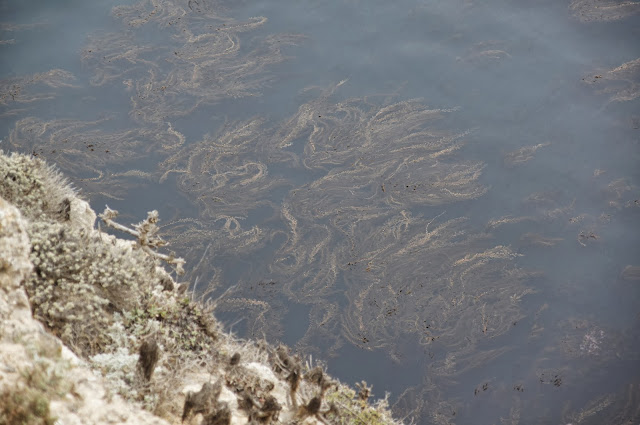 To the east: a sheer cliff on top of which a couple was enjoying solitude. We didn't feel inclined to disturb them ... 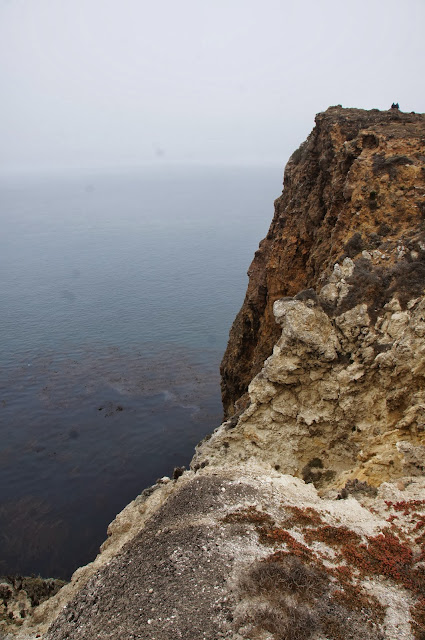 until the appearance of a happy flock of little brown birds that landed on the cliff top pulled Papa Quail and the older chika over there. They came back following the couple that apparently decided to look for solitude someplace else.
To the west, below: a few cave openings at sea level. 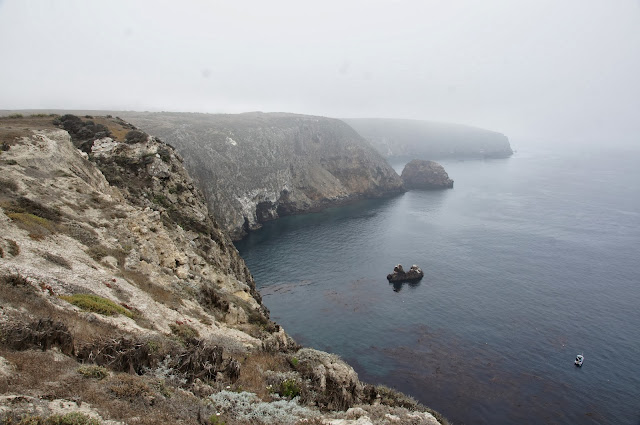 These caves look very alluring. If I could only kayak there ... Something to dream about for next time. 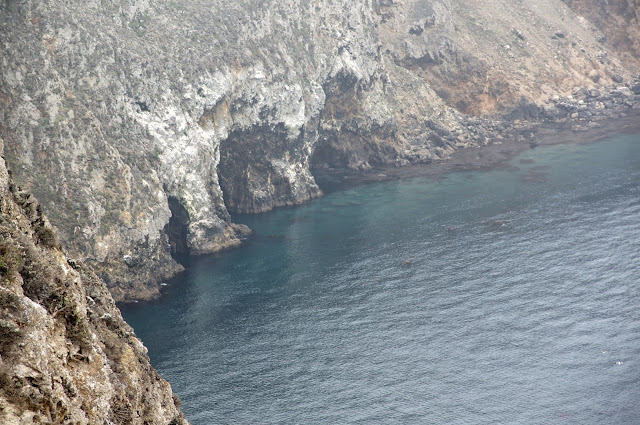 The looping trail lead us back to the campground, where newly arrived campers were busy pitching tents. We continued all the way back to the anchorage and spent the last couple of hours on the island enjoying ourselves at the beach, where the sun eventually joined us.

Many thanks to members of the California Native Plants Society for their help in identifying plants.
All bird photos were taken by Papa Quail, who also identified them.