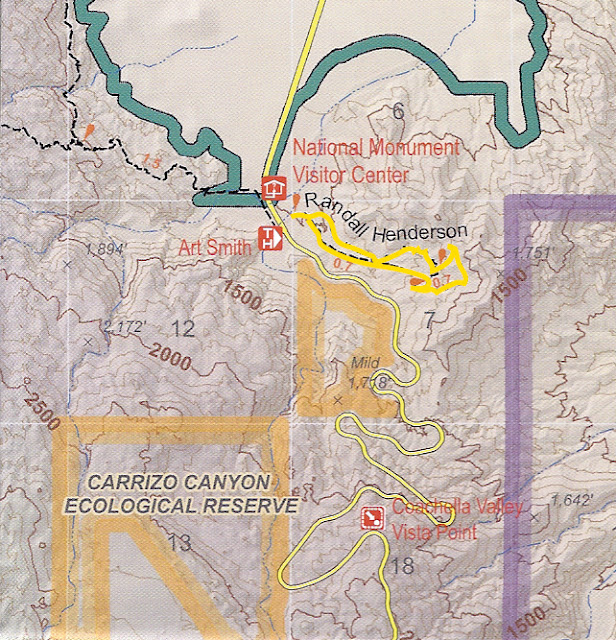 After the hike of Carrizo Canyon we had a picnic at the visitor center of the Santa Rosa an San Jacinto Mountains National Monument. The visitor center there has a lovely botanical garden where many birds hang out, with or without the encouragement of bird feeders. (Click on the photos for an enlarged view).

We had about 2 hours before sunset so we decided to hike some more. The Randall Henderson Nature Trail is right there by the visitor center and seeing that there are convenient turning points along the way, we decided to hike it. 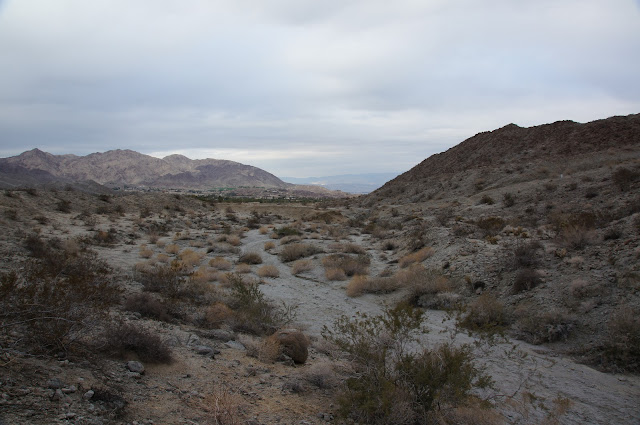 The trail goes up and along a desert wash all the way to the water divide. Clouds were coming in as we walked (later that evening it even rained a bit). In conjunction, the wind picked up and the temperature dropped. 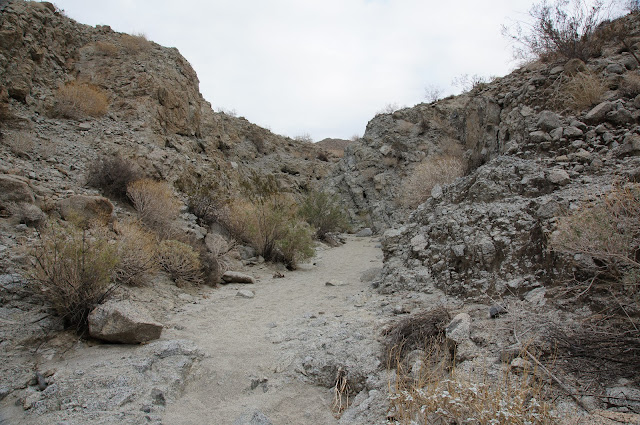 It being December, nothing bloomed anywhere. The shrubs looked as if they'd hardly got any rain that winter.  The cacti, though, are pretty year round.
One of the most common cacti in the southern California desert: the jumping cholla, named so for its tendency to leave its detachable and very prickly segments on passer-bys, unfortunate enough to have brushed against it. We were already familiar with this trait,

It was getting late and cold, and the chickas were getting very tired. We did, however, manage to complete the longest loop without many complaints on their side. We did have to resort to cookie bribery though. 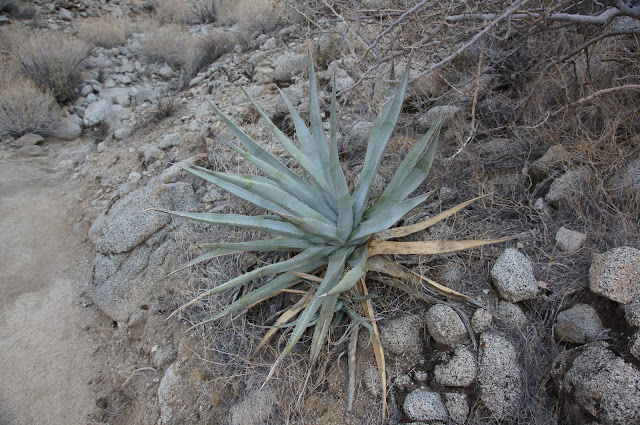 While the ascent was fairly mild, we did end up quite high above the valley and had a very nice view from there. We even managed to see the oasis of the Dead Indian Canyon. The dusk lighting was very poor so I adjusted the contrast of this photo to bring out those inviting palms:
We didn't see any Bighorn sheep on this trail either. But we did see a bird we've never seen before - a (very beautiful) Cactus Wren. It was my older chika who spotted it first and she was really jazzed for the remainder of the hike :-)
It was almost dark when we finished our hike and the visitor center was already closed. It was time for dinner and bed. Our winter vacation was coming rapidly to a close. We had planned one day more to this area. Tomorrow would be dedicated to what we had expected to be the cherry of this trip: to the heights of Mount San Jacinto.